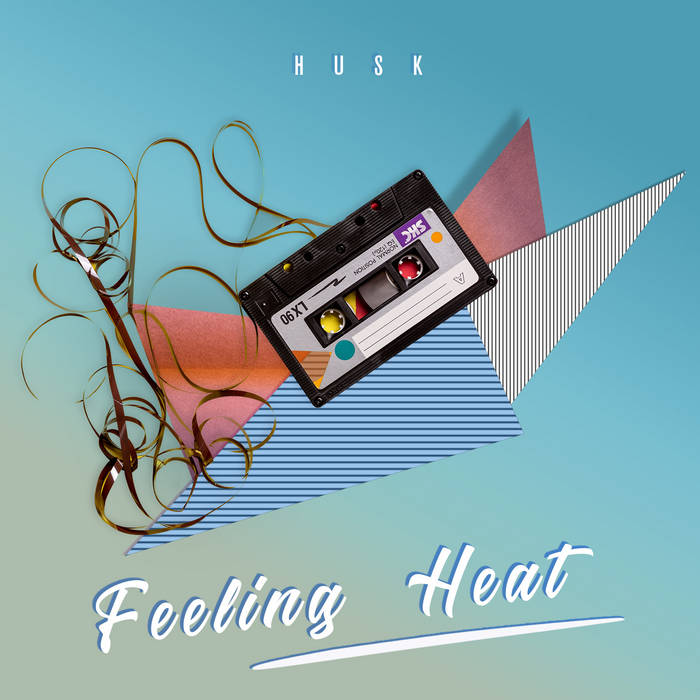 Growing up a hairbrush diva in the truest sense of the term, HUSK was fed a diet of the melody-centred pop that the 80s and 90s were best known for, with iconic artists such as Madonna, Eurythmics and Girls Aloud as staples. Now, HUSK infuses these early influences with the best of modern pop including the sultry textures of Nadine Coyle's (Xenomania-produced) solo work, energetic Robyn style arpeggiators and the off-kilter rhythms of Little Dragon.

New single Feeling Heat is an homage to late disco, classic 80s synth and modern pop's more soulful undertones. Best described as a relatable bop, the track explores the careful balancing act of daily stresses, work and life that are part of the modern condition. With a nostalgic appeal and placing HUSK's ability to set a good mood front and centre, the track musically uplifts you and urges you to dance away your sorrows.

The face behind HUSK, Alfie talks about the track's origins: 'Feeling Heat was a difficult write for me, but once we got it in the studio, everything we tried just worked! The layers in the track make it really special, and give it the tension release the song is all about.'.

HUSK recorded Feeling Heat, as well as their first EP alongside production duo Sugar House Music (Pale Waves/Larkins/Viola Beach). The first EP, (self-titled HUSK), was released in 2018 and included the modestly political Brother Kin and You Got It, the fun-loving banger that earned HUSK a fan in BBC 6Music & Fresh on the Net's Tom Robinson, who has been playing the track continually ever since its release.

Since the starting of HUSK in 2018, they have had the honour of playing at Manchester International Festival 2019, Pride in Hull - where they performed to a crowd of 15,000 people - and a supporting slot with New York band The Blow.

Dubbed as 'the outsider popstar we've all been waiting for' and 'pretty darn good' by BBC 6Music, HUSK is the lovechild of dark 80’s synth and sexy disco Alt Pop.

Bandcamp Daily  your guide to the world of Bandcamp

Featuring interviews with the mighty Haitus Kaiyote and genre-busting L'Rain.